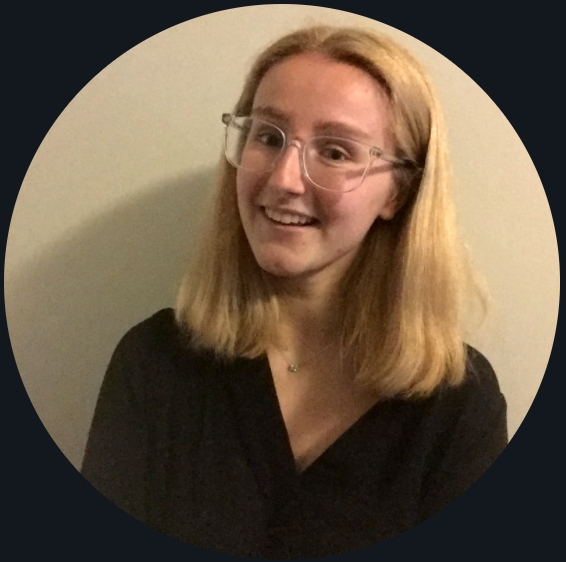 Abbey Horner has very cold hands. A little while ago, she put those cold hands on her roommate’s leg. This led to her roommate kicking her leg out, which launched the iPad she was holding like a frisbee. That frisbeeing iPad struck Abbey in the head, and the resulting concussion is why her camera is off for this Zoom meeting.

Staying in dark rooms and not looking at screens has been a small adjustment for Abbey – an avid reader, she is now listening to audio books regularly. As a fourth-year student at the University of Western Ontario, she is listening to her online classes rather than watching them. While most of her classmates were doing in-person classes at the time of our interview, Abbey was stuck listening in from home.

Abbey is doing an honours specialization in psychology with a major in philosophy. For the past two years, she has been the Campus Representative for the CPA at Western. It has been a tough two years, with few in-person events to organize.

“Last year was the first year the CPA had a presence on the Western campus, so we had to establish ourselves which was a little difficult. It was me and two other people – Andrew Vincent and Li-elle Rapaport. They were both amazing, and it was great because Li-elle was also the President of the Western Psychology Association so we made a lot of contacts with them and did a lot of collaborations to build our audience. We spent a lot of last year building our Instagram and Facebook presence, we made a TikTok, that kind of thing just explaining what the CPA does, what we do, and how we can help. Our first event was a writing workshop with our Faculty Representative Dr. David Dozois, and about 20 people came so that was encouraging!”

Abbey is currently applying to graduate school for clinical psychology, a process undoubtedly made a little more difficult with the limited screen time she can currently manage with her concussion.

You can listen to only one musical artist/group for the rest of your life. Who is it?
“Maybe the Beatles – they’re the music I’ve been listening to the longest, since I was a kid. And there’s so much music, and none of it is bad. When you think about classic musicians some of their songs all sound kind of similar, but with the Beatles you get a lot of variety. And because they broke off on their own and did solo work, I’d get some variety there too. I might be biased though ‘cause I just watched that movie Yesterday where the world has forgotten the Beatles exist.” (Editor’s note – Abbey’s dad is British, and so the spelling of her name reflects the British spelling of things like Downton Abbey or Westminster Abbey – she is not named after Abbey Road – she thinks.)

Top three websites or apps you could not live without and why
“I use WhatsApp to communicate with family, like cousins who live in New Zealand and aunt and uncles and grandparents who live in three different countries. I’ve also always really loved audio books, so I listen to them through Libby – and especially now with my concussion I don’t know what I’d do without that. I’ve listened to more than 150 this year. And then maybe Facebook Messenger, because that’s how so many of my university groups and classmates communicate. My CPA campus rep team at Western communicates through Facebook Messenger.”

Do you have a sport? What is it and do you watch, play, follow it?
“I used to figure skate from about the ages of five to eight, but I wasn’t a very graceful figure skater and my brother played hockey so I asked my mom if I could switch to hockey. I’ve been playing ever since, and it’s my favourite sport. I also played soccer for years because my dad’s British and soccer was on every Sunday in our living room. And my mom played for Team Canada in floor hockey, which I just found out recently! When I started to play ice hockey she started as well, and now she watches hockey too.”

Favourite book
“In the last year, I read the A Wrinkle In Time series, and the first one was really good. For a long time I was reading non-fiction, and I hadn’t really been engrossed in a book where I just had to finish the whole thing the way I did when I was a kid and I would just get lost in a book. So it really brought me back to my childhood.”

Favourite word
“I really appreciate hearing people talk about ‘resilience’, which I think is amazing and it’s something that’s really important to me. But also, when I was growing up, my dad and I used to play a game that was all about the ‘weirdest words’ – words in English that are just bizarre, like ‘sausage’ or ‘fridge’. I think my favourite silly word is ‘fridge’.”

“I’ve been really lucky in that my past and current supervisors have been providing me with tips. I had a meeting with a professor the other day and he was giving me a rundown of the process and giving me more application tips. So as much as it’s quite daunting, as I have no real idea what I’m doing, I’ve been able to get a lot of support from people who’ve done it before, which is really nice.”

This year Abbey joined the CPA’s Mentorship Program where she works with a graduate student, Amanda Krause, who is in Clinical Psychology at the University of Ottawa. Amanda applied to a lot of the same schools Abbey is looking at and had a lot of assistance to provide.

“Amanda’s been absolutely amazing. She’s helped me with my personal statements, with knowing when to email professors and what to say. She’s shown me examples of her stuff. For grad school applications it’s probably the most helpful resource I’ve had.”

Ideally, Abbey is looking to get into clinical/developmental psychology. She currently works with children who have autism and would like to get a more in-depth education on the subject. She started volunteering at a local hospital when she was in high school and kept doing that right up until the start of the pandemic. She would even go back to volunteer whenever she was home from school for winter or summer breaks.

That volunteer work led to a job as a one-to-one support counsellor for kids with behavioural disabilities at the London YMCA. A lot of the kids had autism, others had learning disabilities, and the way the program worked was that Abbey and one child would work together, but in a group setting. The kids would participate in a group with similar interests, age, and abilities, and if the child needs to step out for a moment, they do so with their personal counsellor (in this case, Abbey!).

“The idea is that they would have all the supports they need while engaging in activities, making friends, and hanging out with their group. It’s a lot of sports, or art, that kind of thing. But when COVID hit they had to stop running that program. A lot of those kids can’t wear masks, and we weren’t sure what activities we could or couldn’t run, so I had to re-evaluate some things myself.”

That re-evaluation led to an application for a government grant for students who wanted to start their own businesses. Abbey got $3,000 in start-up money to start her online business this past summer. She launched a tutoring business designed for children with disabilities. It’s called ELSA (Empowered Learning Strategies for All Abilities), and tutoring those children is something she has been doing, virtually, throughout the pandemic.

This is not her first foray into entrepreneurship. Abbey has been making neuroscience-related art for the last three years, printed on stickers, mugs, socks, and more. You can buy neurotransmitter joke socks, an Alpha Waves COVID mask, or even a comforter for your bed that says ‘my only source of serotonin is podcasts’ with a delightful serotonin drawing!

“I started out making diagrams for my classes because that’s how I learn best. Then some of my friends saw those drawings and said they wanted them on stickers, or on a T-shirt. A girl I went to school with was putting her photography up on RedBubble, donating all her proceeds to Black Lives Matter, and I thought what a great idea! I started with Black Lives Matter too, and now I change it up every couple of months to a different organization I like, that I’ve researched, and that I’m passionate about. It’s a nice hobby to have, and drawing is much easier on an iPad, so I was excited when I got one a little while ago.”

As with all things, ownership of an iPad can be a positive and a negative experience. Positive, like when it makes class, drawing, and your hobbies easier. Negative, like when it crashes into your skull and concusses you. Abbey has experienced all the highs and lows one can imagine from iPad ownership but has only just begun to experience the ups and downs of a career in psychology. With her drive to learn all she can, her perseverance, and her wide-ranging passions, the prognosis is that the ups will outweigh the downs by a considerable margin!