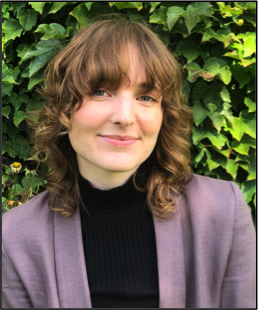 “I’m enjoying [doing therapy] a lot, to the point where I can see myself doing this forever. What I like about it is that although it seems like you’re doing only one thing, there’s so much variety in the people you see and the approaches you take.

Joanna Collaton is probably too young to have done it ALL, but she really seems like someone who has – in the realm of psychology, academia, and at the CPA at least . She seems to have found her path already, doing therapy as part of her practicum at the University of Guelph. It’s likely that 40 years from now she will still be providing therapy to adolescents – I’m booking a follow-up appointment for 2062, when Joanna really will have done it ALL.

With the CPA, she has been part of the Student Section executive for three years now – the first year, as Chair-Elect, which involved running the CPA’s Student Mentorship Program. Although she did this for just one year, pre-COVID, she took the knowledge she gained from it to create something new.

“I facilitated the program, and from what I learned doing that I ended up launching a mentorship program at Guelph, connecting first-year students and upper-year students. It was a nice way to take something I learned from CPA and translate it to my home institution. We started it the first year of COVID, when it was hard for students to connect because they weren’t meeting anyone. It was another way to get people together and get the sense of community you would normally get on campus.”

The following year, as Chair of the Student Section, Joanna oversaw the student executive in all their activities and spearheaded the introduction of a new position, the Justice, Equity, Diversity, and Inclusion executive. This is an area that Joanna is particularly passionate about and is happy to see this becoming more recognized in the field of psychology. This year, as Past Chair, she is currently editor-in-chief of MindPad, the CPA’s Student Newsletter that acts as a way for students to get involved in the academic publishing process.

The Psychological Concept that blew you away when you first heard about it?
I think a lot about the concept of post-traumatic growth. It’s the idea that someone can go through a traumatic event, and it shifts their perspectives on life and on themselves. I feel like the stereotypical understanding of this is when someone has a heart attack and then becomes a different and more evolved person in some way. But we see it across many trauma events, and I think it speaks to the resilience of people, and it’s amazing to me how people have been surviving horrible things throughout human history, and are still able to find purpose and satisfaction and doing values-driven work in spite of these life-altering events.

You can listen to only one musician / group for the rest of your life – who is it?
My partner used to be in a band and he likes to sing around the house and play the guitar. We’re getting married, so I will be listening to him for the rest of my life. So I’m going to say him.

Do you have a favourite book?
Right now I have a favourite author, Sally Rooney. She’s a fellow millennial, and writes very interestingly about relationships, mental health, and feminism in a way that I blow through her books in a day. Every time she puts something out, I have to get it right away.

If you could spend a day in someone else’s shoes, who would that be and why?
I was thinking about Marsha Linehan, the creator of Dialectical Behaviour Therapy. I have so much respect for what she’s done for the field. Just having watched her interviews and trainings, she’s such a character and brilliant person it would be great to know what that’s like!

You can become an expert at something outside of psychology – what would that be?
Cooking. I’ve improved my cooking skills tenfold over the course of the pandemic. I want to get to a place where I don’t even have to look at the recipe, that I know what goes with what and what builds flavours at different levels. I want to get to the point where I can be an obnoxious foodie, and a sommelier. Like, I want that to be my personality.

“Students don’t always have the opportunity to see behind the scenes – what it’s like to submit to a journal, and what the review process is like. I’m the editor-in-chief, then we have four associate editors, and a team of about 35 reviewers who review both in English and French. The goal is to publish mostly academic-type work that students are working on that they want to disseminate so other students will read it. We typically publish one or two issues a year, and last year they were able to publish only one. Things have kind of slowed down in some ways as people are overburdened with stuff right now! With that said, we accept submissions on a rolling basis – for this issue, up to February 28th.”

At Guelph, Joanna is the Graduate Student Representative for the CPA, the liaison between CPA and the grad students at Guelph. This is something that has, understandably, become a much different position since COVID sent everyone home two years ago.

“It’s been hard! This is my third year as the Grad Student Rep for CPA. The first year we planned to run an event where we were teaching students how to create academic posters, and that had to be canceled – it was scheduled for March 2020. We were able to run that event last year but did it virtually. Recently, we partnered with an academic advisor in the undergraduate program at Guelph and we did a tour of the CPA career hub with students and showed them the options and how to navigate through it.”

As she nears the end of her PhD, Joanna already has a really good sense of what she wants her career path to be. She’s doing a practicum at Step Stone Psychology in Toronto, and goes there in-person a few days a week. Sometimes that still involves seeing clients virtually, from a quiet room in the building, and other times it’s in-person, from a distance, separated by layers of PPE. Joanna sees children, adolescents, and emerging adults both for psychoeducational assessments and for therapy. She specializes in helping young people who have gone through a traumatic experience.

“I think at one point I would have thought ‘okay, I’m just doing therapy’ but there are so many different types of therapy, and assessment is a huge world. Then there’s all these other parts of it that keep everything fresh and interesting, like consultation, research, and advocacy,”

Advocacy is a passion for Joanna, who is a part of the VIP (Very Involved Psychologist) program with the CPA’s Director of Policy and Public Affairs, Glenn Brimacombe.

“A lot of students I work with are really interested in advocacy work, and seeing it move into more of a central tenet of psychology education. That’s why I’ve enjoyed getting to know Glenn and seeing the portfolio that he’s started up in the last little while at the CPA.”

At the last CPA convention, Joanna co-facilitated a workshop on “How to Do the Work: Advocacy Skills for Psychology Students” with Glenn and Alejandra Botia and Alanna Chu, two other members of the student section executive. It taught some hands-on skills, like how to approach an MP, or how to speak to a journalist. The workshop dealt with a number of issues related to public policy – what is it, and how is it formed? How can a psychologist, a student, a researcher influence public policy?

Of course that workshop was delivered virtually, as so many things are now. Just like the events Joanna organizes as a Student Rep at Guelph, like a lot of the therapy she delivers to adolescent clients in her practicum, and like the mentorship program and MindPad submissions have been for years. In the years to come, we are all likely to continue doing online therapy, no matter how much clients and therapists are able to return to in-person sessions. Either way, with her drive to succeed and her track record of attaining her goals, Joanna is poised to embark on a promising career – the one she can see herself doing for the rest of her life. Or, at least, until retirement – we’ll re-evaluate in 40 years!